My gym
We have 29 gyms in Québec Find your gym!

Heading: Are the CrossFitTM Paleolithic system and functional training a good combination? Let’s analyze the question.

Since its inception, CrossFitTM has revolutionized functional training and changed how we view exercise. Will it also have an impact on the nutritional side? It is clear that many of the discipline’s adherents also incorporate food changes into their lifestyles. In many cases, these changes are inspired by the Paleolithic diet. Yet why is this diet particularly associated with cross-training?

Greg Glassman, Founder of CrossFit™, has a clear vision of fitness. For Glassman, food is at the foundation of movement and it should be modelled on our ancestral ways. He argues that our ancestors’ diet is aligned directly with the functional training model. By advocating for its benefits, he convinces his followers to make the Paleolithic change, which in turn creates a real food trend.

As stated, following the Paleolithic diet model means eating only dietary staples, just as our ancestors did.

I personally like the general idea of restricting processed foods. However, I think this principle goes too far. Banning or reducing consumption of industrialized and refined products would be sufficient. There is no need to exclude dairy and grain products. Restrictive diets often cause nutritional deficiencies and active individuals are particularly at risk because of their higher nutritional needs. Moreover, the Paleo diet’s excessive meat consumption contradicts the international recommendations for reducing these proteins in our diets.

In conclusion, this diet is based on an interesting principle, but remains too focused on the exclusion of food groups to be a recommended option. We can also bet that Paleo meals may get a bit boring. 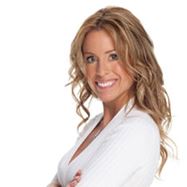